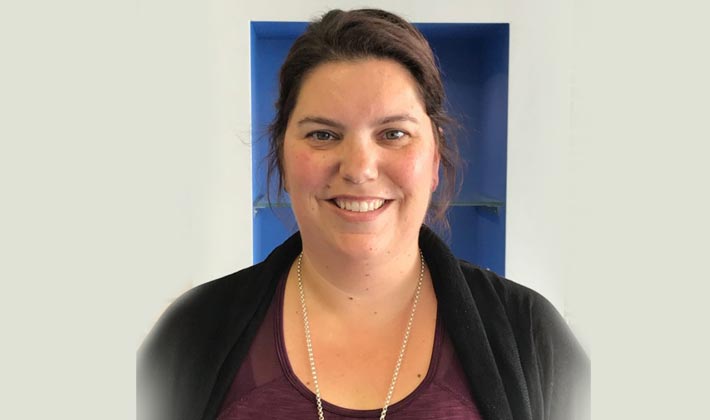 Jordanna Jones had goals of becoming a physiotherapist – but those plans changed when her guidance counselor suggested volunteering with a pedorthist at the University of Western Ontario (UWO).
“I went into kinesiology at Western, planning on a physiotherapy career,” explains Jordanna. “But as I went through school and volunteered with physios, I wanted to look at other options.”  When she received her placement with a Certified Pedorthist, she realized that the pedorthic profession was the perfect fit.
Jordanna received her pedorthic certification in 2005 and continued working at the clinic, where she completed her placements for the UWO program. She became clinic manager a few years later, while also teaching in Western’s pedorthic program.
Jordanna says that she enjoys teaching students – and finds that she often learns new things as an instructor at Western.  “I have found throughout my career that I love learning and teaching,” she says. “There’s no better way to do both than instruct in the program, because with new students every year, there are always new questions and ideas – so I get to learn from them as well!”
After 14 years in the business, Jordanna has also trained about 20 students on the job.
In addition to helping students prepare for their future as pedorthists, Jordanna says the most rewarding part of her work has been helping her patients.  “[I enjoy] helping people who come in with pain, and getting them back to their activities – especially when it’s a really big deal in their life,” she says. “That’s why I love this job.”
Jordanna says that when she’s not teaching at Western or managing three clinics, she can be found spending time with her family. Her eldest son is a brown belt in karate, so she says they spend a lot of time at the dojo.