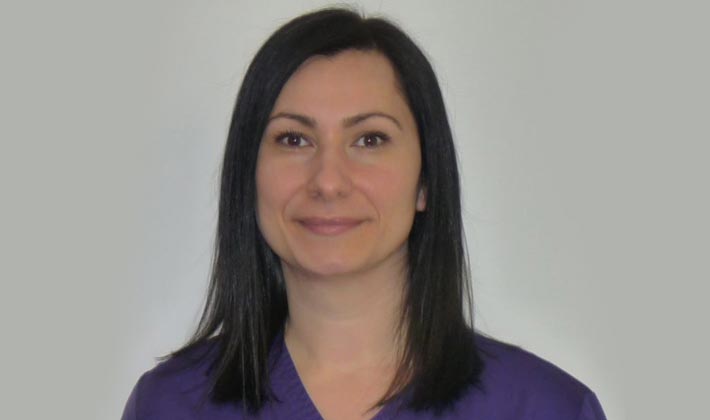 Kathrine Simpson never thought she would open her own clinic. In fact, she says she would have laughed at the thought.
The Pedorthist and business owner started her career as a young adult, volunteering with special needs children at a children’s centre in Windsor. That is where she discovered hydrotherapy and rehabilitation.
Kathrine first graduated with an honour’s degree in Human Kinetics from the University Of Windsor.
Upon graduating, she worked as a registered kinesiologist at Windsor Regional Hospital – largely in hydrotherapy. It was exactly where she wanted to be so early in her career. However, the hospital decided to discontinue its hydrotherapy pool, and Kathrine wasn’t sure of her next career move.
She decided to look into the University of Western Ontario’s Diploma in Pedorthics program.
“It was a no brainer,” Kathrine says, “I could keep my family home, and pursue something I knew there was a demand.”
When she finished the program, she couldn’t find a job locally so she pursued one of her other passions – teaching.
“I moved forward to teach physiotherapy assistant courses at the college, and worked in a private therapy running hydrotherapy sessions,” says Kathrine. A couple years later, she decided to finish what she started in Pedorthics.
When she received her C. Ped (C), she was offered part time work for a local franchise in Windsor. She had been in that position for three years when a relative unexpectedly reached out and asked if she would consider joining their medical team.
At this time, Kathrine’s husband was also looking for a change. He had spent the last 20 years traveling across North America for work. It was the opportunity that her family needed, and soon she has incorporated her own orthotics and footwear business.
Currently, she is the clinic’s pedorthist and also has a receptionist and a foot care nurse on staff.
“I envision my clinic to be an excellent resource centre for potential students interested in rehabilitation or Pedorthics,” Kathrine says.
When she’s not busy running her clinic, Kathrine enjoys spending time with her family – including golfing, kayaking, bike riding and mini weekend getaways.