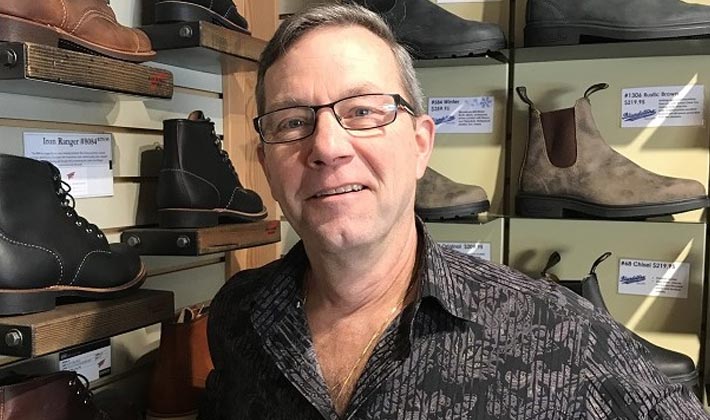 When Vince DeVito’s grandfather emigrated from Italy in 1916, he opened up a shoe repair shop in British Columbia. Now, more than a century later, Vince is continuing to build on the family business.
After hearing requests from his footwear customers for help with their foot pain, Vince decided to pursue certification as a pedorthist. Once certified, he first had a small foot clinic in his retail shoe store, and later opened a larger clinic two doors down.
“Starting as just a shoe repair store, expanding into retail footwear, then on to specialty footwear, and then the pedorthic practice, kept my brain sharp and my interest high,” he says, adding that the shoe business and pedorthics go hand-in-hand.
He says the business is continuing to change through his sons, who are helping to grow it online.
“That’s the future,” he says. “Online will keep us moving forward.”
After 23 years as a pedorthist, Vince says he still enjoys his job every day – particularly working with his great staff and meeting with clients. “Having someone tell me they were unable to walk three blocks without pain, and since receiving their orthotics, they are back to hiking mountains. Changing people’s lives sounds like a cliché, but it really is true.”
Vince plans to stay in pedorthics until retirement – which he says is still far off. “Having just turned 60, I plan on doing this until I can no longer get to the clinic,” he says. “I’m still having far too much fun. I love this profession and the people I spend time with.”
In his spare time, Vince enjoys cross-country skiing with his wife in the winter months. In the summer, he enjoys spending time with his family and friends at their summer retreat on Kootenay Lake. He also enjoys cooking and entertaining for family, and particularly spending time with his new grandson.