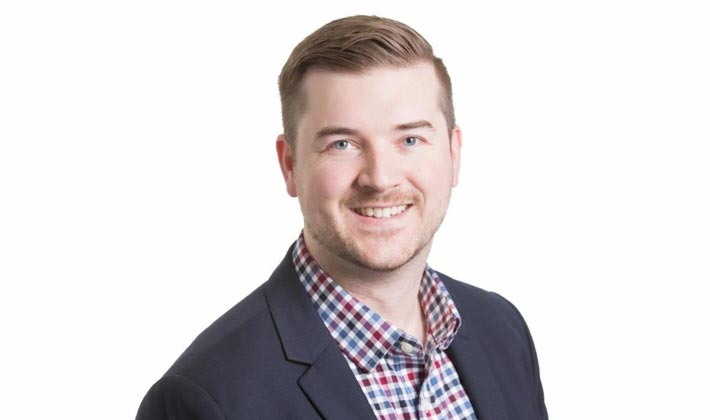 When Kevin Fraser was growing up in Shelburne, Ontario, hockey was a big part of his life and it eventually led him to a career in pedorthics.
He grew up playing hockey and at the age of 17 sustained a tendon rupture in his left ankle that required surgical repair, followed by extensive physiotherapy and the use of an ankle-foot orthosis. This was his introduction to orthotics and the pedorthic profession.
Kevin received his bachelor’s degree in Health and Society at York University, and his Orthotics and Prosthetics Technician diploma at George Brown College.
He later received his C. Ped Tech (C) and the following year, his C. Ped (C). He trained as a pedorthic intern before joining a foot care team at a Toronto hospital where he now practices as a Certified Pedorthist – specializing in high-risk feet, traumatic injuries and partial foot amputations.
Kevin also shares his expertise with students in the classroom. He joined the faculty at George Brown College where he works as a professor in the Orthotics and Prothetics Programs and also did a stint with the faculty at Western University as a course instructor in the post-degree diploma in Pedorthics.
Kevin says in addition to teaching, he still maintains a full patient load at the hospital – both jobs that he feels very passionate about.
“Being based out of Canada’s largest trauma hospital, I see a great variety of complex and interesting cases. Every day is different,” he says, adding that he also enjoys working with a wide range of medical specialists including orthopeadic and plastic surgeons, nurses, orthotists, and prosthetists.
Kevin says his career has allowed him to make a difference in patients’ lives – and, future pedorthists.
The most rewarding part of his work is seeing the improvement that his treatment makes in the quality and comfort of his patients’ lives, and teaching the next generation of pedorthists, orthotists, and prosthetists.
In his spare time, Kevin plays for the hospital men’s hockey team and is an avid golfer. Additionally, he is involved in the Pedorthic Association of Canada (PAC) – having served in a variety of positions, including President of PAC.