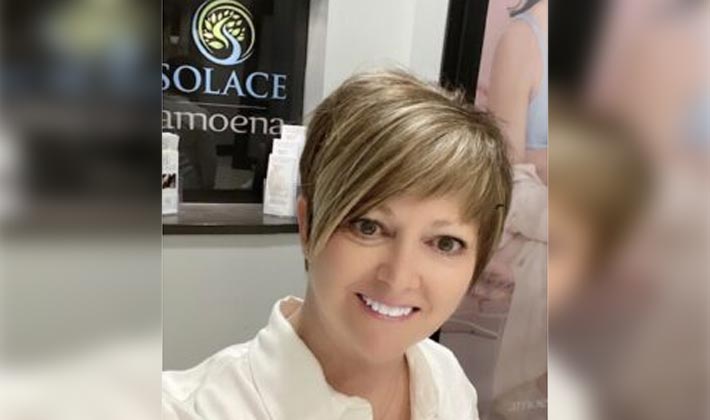 Heidi Scott, C. Ped (C), found herself driven toward a career in pedorthics after gaining experience early on working with mobility challenged children. After founding HealthQuest in 1995, she operated as an independent health supply business in Newfoundland and Labrador. After 20 years of building the now well-known and respected HealthQuest, Heidi sold her business and relocated to Ontario. There, she works as an independent vendor licensee with the Hudson’s Bay Company.
For Heidi, the most rewarding thing about being a pedorthist is her relationship with her clients. She says a pedorthist should always appreciate their clients’ and welcome suggestions “you can’t fix what you never hear about, so I really appreciate client feedback”, she sees it as an opportunity to improve on evolve to a best level of service.
Heidi is very proud of her accomplishments with HealthQuest. Growing a business that has become so widely known has allowed her reach to extend to more people in need of a pedorthist’s help. Under Heidi’s ownership, HealthQuestexpanded operations four times, having opened two locations in Newfoundland and Labrador – one in St. John’s and one in Grand Falls-Windsor.
“I’m also very happy that I was able to attract the attention of a major national brand like the Hudson’s Bay Company,” she says. “I’m happy to be working in partnership with them.” In the future, Heidi looks to expand her presence within the Hudson’sBay Company’s landscape.
Since the beginning of the Covid-19 pandemic, Heidi’s practice reopened and has begun taking appointments again. In addition to the recommended hygiene protocols, appointments are scheduled further apart, and Heidi holds virtual consults for clients.
Outside of pedorthics, Heidi loves golfing, boating, and James Bond movies.