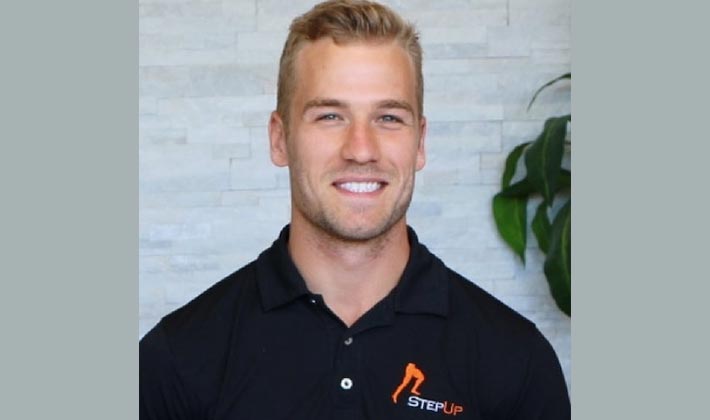 Dan Steffens, a clinic owner and Canadian Certified Pedorthist in Barrie, ON, started his career renting out a walk-in clinic and using his parents’ 200 square-foot basement as a lab. As time went on his client base grew, resulting in an abundance of positive casts in the already cramped basement.
When he outgrew that space, Dan moved to a healthcare complex and shared an office with his father. He remained there for about seven months and built up enough clients and referral sources to expand and open his own clinic.
“I ended up in the heart of Barrie and I opened my own multidisciplinary clinic – including physiotherapy, massage therapy, chiropractic, athletic therapy and of course my own pedorthic lab in the very back,” says Dan.
Dan graduated from the University of Guelph in Biological Science – Human Kinetics and continued his post-grad Diploma in Pedorthics at Western University.
“Seeing the intricacy of the foot in my anatomy class really sparked my interest in pedorthics,” Dan remembers. “Learning about the 26 bones, 33 joints and 100 different muscles, tendons and ligaments were also intriguing as well. I have always enjoyed working with my hands and in a healthcare setting.”
Dan enjoys many aspects of the job – including seeing the biomechanical changes immediately after an orthotic is applied.
“This makes it a very reassuring profession in my opinion, as we can actually see the changes in gait. I also love working with my hands and have always been a tactile learner, which also makes it the perfect career choice for me,” he says.
Dan also finds the job rewarding, especially when he makes follow-up calls after the patient picks up a pair of orthotics.
“I love hearing the difference I have made in their everyday lifestyle and if there wasn’t success with the original pair of orthotics, I love the challenge for the modifications that need to be applied to the orthotics,” he says.
Outside of work, Dan enjoys playing any kind of sports including wakeboarding, hockey, and frisbee. Not to mention “slicing golf balls and going to church on the weekends.”