Luke Bongiorno, owner of Noigroup, is a New York based Physiotherapist, athlete and avid runner.  Since graduating from Melbourne University in 1996, he has worked in a variety of clinical settings starting in a multi trauma clinic treating head injuries and complex orthopedic patients.

Luke has always had a strong interest in neurodynamics philosophies; initially in manual therapy and now in pain education. Luke believes in a “hands on” approach fundamentally, but values therapeutic “touch” that can be transmitted through the way we communicate with patients verbally and non-verbally.  Luke’s focus is on chronic pain and sports related injuries.

Noigroup has been at the forefront of pain science education for 30 years.  Luke is excited to build on the foundations of David Butler’s work to further bring the core concepts of “Explain Pain” to life in a practical, creative evidence-based way.

Luke’s clinical practice in New York is perfectly integrated with Noigroup.  Together they are building the tools and products that help facilitate patient understanding of pain. 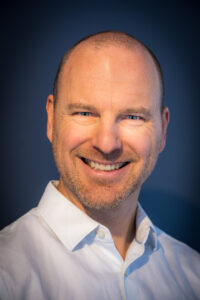 Shaun is a physiotherapist in private practice at Quinnrehab in Barrie, Ontario, Canada. He graduated from the Physiotherapy Program at the University of Western Ontario in 1997, and in 2000 completed a master’s degree at Curtin University in Perth, Australia in the area of orthopedic physiotherapy. In 2014, he completed a post-professional DPT through the EIM Institute of Health Professions in the United States, again with a focus on orthopedics.

Shaun is a Fellow and former president of the Canadian Academy of Manipulative Physiotherapists. He is an adjunct lecturer in the Physiotherapy Department at the University of Toronto, teaching in the master’s degree program as well as in the Interfaculty Pain Curriculum, part of the Centre for the Study of Pain at U of T.

Shaun is first and foremost a clinician. His practice focuses on patients with complicated musculoskeletal disorders of the spine and extremities, and his case load includes a wide cross-section of people from the surrounding community.  He treats athletic kids, active seniors, and everyone in between.

Shaun’s treatment approach focuses heavily on educating his patients regarding the reasons for their ongoing pain and giving them the tools to help themselves. Hands-on treatment and specifically tailored active exercise feature prominently in his treatment approach. This broad-based method to patient management allows Shaun to re-train altered movement patterns, improve function, and address the psychosocial components of persistent pain. 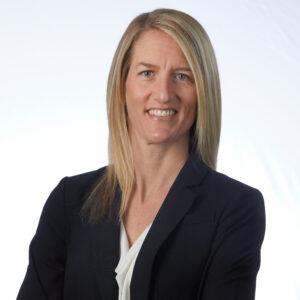 Heather Barske, MD is a graduate of the University of Manitoba medical school and Orthopedic surgery residency program. She completed Orthopedic Foot and Ankle Surgery Fellowship training in Rochester New York in 2011 and in Vancouver BC in 2012. She has been working in Winnipeg MB since 2012 as an assistant professor with the University of Manitoba. Her clinical and surgical practice focuses on the treatment of foot and ankle disorders including arthritic conditions, deformities, sports injury and trauma. 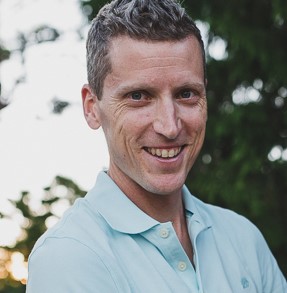 Michael Ryan is the Head of Brand and Innovation at the Kintec Group and an Adjunct Professor in the Department of Biomedical Physiology and Kinesiology at Simon Fraser University.  Ryan is a global leader in the role of footwear and injury risk in runners and has been published over 40 peer-reviewed articles in top journals in the fields of sports medicine, orthopedics and biomechanics. He currently oversees Kintec’s manufacturing, marketing and innovation departments that includes partnerships with leading Canadian universities such as Simon Fraser, UBC, and Emily Carr School of Art and Design. 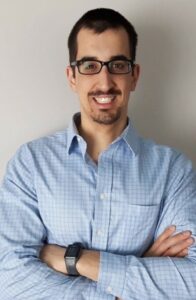 Gabriel Moisan is an assistant professor in the Department of Human Kinetics at the Université du Québec à Trois-Rivières, PQ, Canada. His research program is in the broad area of foot and ankle biomechanics during locomotion, with specific focus on how foot orthoses modify the biomechanics of the lower limbs.

Gabriel holds a PhD in Biomedical Sciences (2019) from the Université de Montréal, Canada, a master’s degree in Human Kinetics (2015) and a doctorate in podiatric medicine (2014) from the Université du Québec à Trois-Rivières, Canada. He has published over 18 papers since 2016 in top international peer-reviewed journals (e.g., Gait and Posture, Journal of Science and Medicine in Sport, Prosthetics and Orthotics International and Journal of Foot and Ankle Research). His PhD research provided important insights into the biomechanical deficits in individuals with chronic ankle instability during locomotion and the ability of foot orthoses to attenuate these deficits. In addition to his research career, Gabriel is also a podiatrist with eight years of clinical experience. 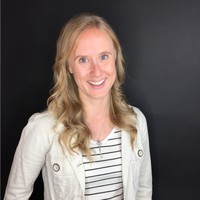 Kristin received her Pedorthic certification in 2008, following her undergraduate degree in Human Kinetics at UBC. She has worked at Kintec Footwear & Orthotics ever since and is one of their senior pedorthists. In the last 2 years she has also taken over managing the North Vancouver clinic, where she is based. She previously chaired the Communications Committee for PAC, sourcing content and helping publish the Pedorthics Quarterly for almost 5 years before publication ceased.

Kristin is an avid athlete and not only runs, but hikes, kayaks, cross-country skis, plays tennis and enjoys yoga. She has run and raced a variety of distances, with a particular focus on the 50km ultramarathon distance, which she has raced over 30 times. She has won a handful of races, which in 2011 earned her a spot running for Team Canada at the Commonwealth Running Championships in Wales.

In her Pedorthic practice, Kristin generally sees a very active population, and has made a name for herself as a go-to Pedorthist for runners. She has taught running clinics for the past 10 years for both road- and trail running and has led several running trips to the Grand Canyon. Most recently she has been involved as a run leader for footwear studies with Nike and UBC Sports Medicine. 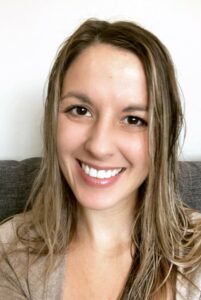 Erika Howe is a Registered Kinesiologist, Certified Diabetes Educator and PhD Candidate at the University of Guelph. She completed her both her M.Sc and B.Sc at Guelph in Neuroscience and Human Kinetics. After several years of clinical work with diabetes self-management, she returned to research to pursue a deeper understanding about the development of diabetic neuropathy since this was a major barrier in many of her patients using exercise as a means of blood sugar control. Erika’s research focuses on understanding the relationship between sensory feedback in the skin on the foot that is used for balance and walking control and microvascular blood flow. Her hopes are to enhance our understanding when applying therapeutic treatments or foot care considerations that are important in diabetic individuals or mitigate ulcer development and thus limb amputations. When she is not doing research about feet, she is on her feet running after her two kids, gardening, or hiking. 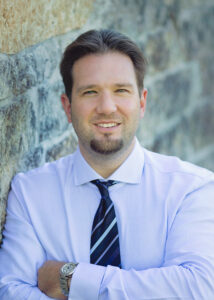 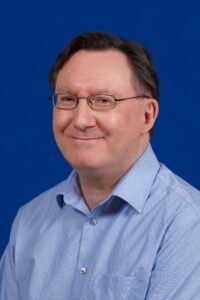 Gregg Tkachuk is an assistant professor in the Department of Clinical Health Psychology, Max Rady College of Medicine at the University of Manitoba. He has also served as the clinical psychologist at the Pan Am Pain Clinic since June 2007. He has presented his research to the Canadian Pain Society, American Pain Society, and the International Association for the Study of Pain; and has published in the Journal of Pain, Journal of Occupational Rehabilitation, Journal of Musculoskeletal Pain, and Rehabilitation Psychology. 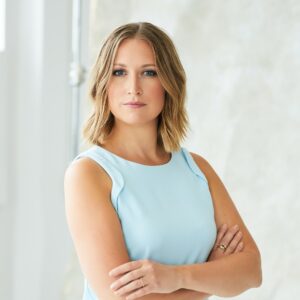 Amy Oliver is an experienced healthcare executive. She is the founder and CEO of Amy Oliver + Co, offering trusted advisory services and executive leadership coaching to practice owners, leaders, and organizations in healthcare and wellness industries.

Amy holds an MBA with a dual concentration in Organizational Leadership and Health Administration. She is a licensed pharmacist, a Certified Leadership Coach, and a globally certified Project Management Professional. Amy holds certificates in Emotional Intelligence and Advanced Strategic Management and Leadership.

Amy has won multiple health sector and leadership awards and most recently has been selected as a member of the prestigious Governor General Canadian Leadership Conference.

Amy is a success-driven and proven executive with a passion to assist practitioners, health organizations, and leadership teams in the areas of entrepreneurship, operations, strategy development, project planning, leadership and engagement, and diversity and inclusion. 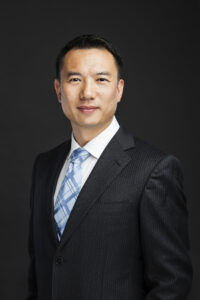 From his experiences as a refugee from Vietnam to his clinical work with complex, chronic diseases, Trung Ngo has gained a deep understanding of the process of overcoming hardships.  For the past 15 years, Trung has been directing integrated healthcare teams at Mt. Sinai Hospital in Toronto and at Novah Healthcare, his own community clinic in Mississauga, to change the lives of people who face debilitating chronic conditions.  His visionary approach breaks down the barriers between different healthcare disciplines and challenges each clinician’s preconceptions about health and disease.  This philosophy of “No silos and No egos” has enabled his team to learn the truth about adversity and resilience.  Trung perpetually strives to enhance patient care by collaborating with leading clinicians and researchers in the fields of chronic disease and resilience.  Due to his forward thinking, Trung has become a recognized figure within the health sector and is featured on platforms such as TEDx and LifeSpeak.